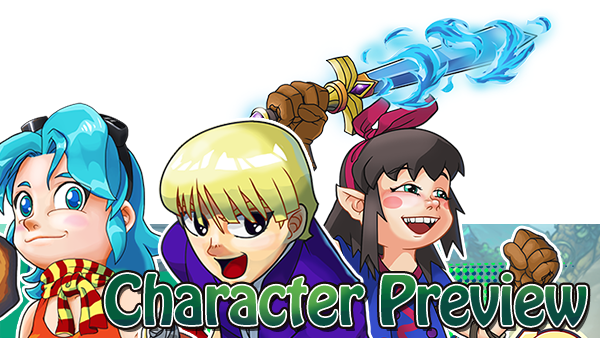 In my previous article I announced the release of Gnome More War for the Nintendo Switch. I also talked briefly about the features I added to the game that sets it apart from its mobile counterpart that was released a year prior. One of the features I touched upon was the addition of a multiplayer mode. For today's article we will go a little deeper into that, and I will introduce the new characters of the game. 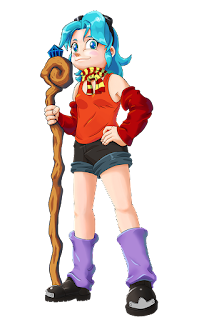 I don't think I've ever introduced the original characters though, so why don't we start with them?
The main protagonist of the game is named Freija Ylden Moonault. A high-spirited teenage girl who lives a simple farm life. Freija is a cheerful and adventurous person, but is not known to take things lying down. It's what drove this war in the first place-- she will not have any of the gnomes' nonsense!
As a combatant, Freija is pretty adept with sword fighting and magecraft. For this war however, she prefers the great staff. Aside from firing the normal magic missiles, the staff can sometimes conjure arcane missiles that does twice the damage. Freija is designed to be an all-rounder and is recommended for beginners.
Aiding Freija in her quest to stop these gnomes are her goblin companions. At a very young age, Freija's parents disappeared, leaving her at the care of the seven goblins. For the better part of her life, these goblins stood as her guardians, friends, brothers and sisters. In the game, these goblins are not playable characters; instead they serve as the support system of the game, from tutorials, to upgrades, to actual in-game player support. 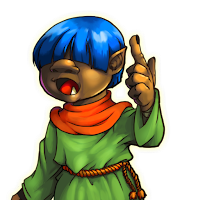 Athos is like a younger brother to Freija, but don't let his stature fool you; he's a rather talented chemist. Aside from occasionally popping up to give the starting player some tips and guide, he's responsible for dropping the power-ups and all the upgrades related to the spawn rate of the power-ups. 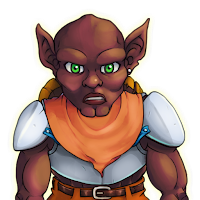 Filipo stands as Freija's closest friend and acts as somewhat of a bodyguard-- much to Freija's dismay. He's always on Freija's tail, keeping her out of harms way, which is a little hard to do considering Freija's rather adventurous nature. In the game he's one of the guys who operate the machine that the player controls. He's also responsible for the power-up capacity upgrades. 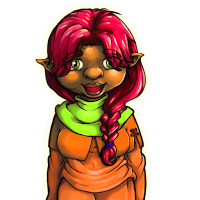 Kiki is one of the 3 goblins who offers actual player support. The player can unlock her via upgrade cards. After being unlocked, she will appear in the game at certain locations depending on the map where she will snipe away at incoming gnomes with her bow and arrow. She can be further upgraded to use a fire arrow. 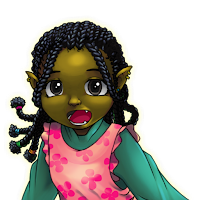 Kookai is another on of the 3 goblins that offers in-game support after being unlocked. She's normally unlocked as a reward after beating a certain number of waves in a particular map. When unlocked she will stand at the roof of any one of the barns and drop caltrops on the ground. Any gnome that runs into these traps will be damaged. She can be upgraded to drop bear traps instead. 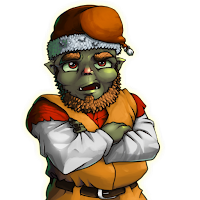 The final goblin that offers in-game support and is also the most expensive one is Monom. When unlocked he will bring out a catapult that can eliminate multiple enemies with its boulder projectile. He can be upgraded to launch flaming boulders for more damage.
Monom stands as the father of the group, and is the father of Kookai. 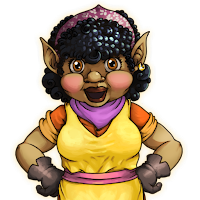 Mosha is the mother of the group, and is the actual mother of Kookai. She's in charge of barn upgrades, such as increasing its capacity and replenishing its supplies. 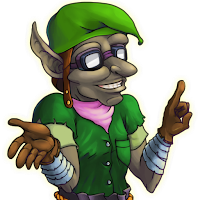 And finally there's Rethos. A natural born engineer, he's responsible for all the contraptions that Freija and the team depend on in order to rally against the gnomes and their own sets of machineries. In the game he's the other guy operating the pulley machine. He's also responsible for upgrades related to the cart's armor.

And now let me introduce the new playable characters! 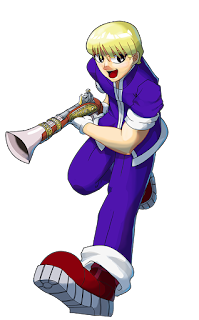 The first additional playable character I added was Nih Ichi. He's a friend of Freija from one of her adventures and has agreed to help her drive away the gnomes. Nih is also an engineer, and prefers a blunderbuss as his weapon. The bluderbuss offers some advantages to Freija's wand, as the former has a chance to fire a projectile that splits into three, scattering and covering a larger area. The projectile themselves are slower though.
He's from Lucero, the region north of the continent. He's not knowledgeable of any magecraft whatsoever. He has a magnetic personality, especially to women, which he is fully aware of. He likes to joke around, and prefers to se the lighter side of things. He has a laid back attitude, but an absolute genius when it comes to technology. 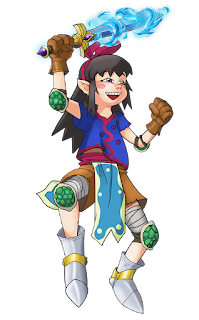 The third playable character is Scarlet Hymnia. Her origin is a bit of a mystery, as she claims to be from a faraway land called Hymnia. Her homeland had also been ravaged by gnomes and she's also in a quest to rid of them, but is having a hard time waging war with the gnomes all by herself. As fate would have it she would meet the gang where she found the strength to continue fighting.
Scarlet uses a magical sword that can shoot beams. Every once in a while her magic sword would fire a red beam that pierces through all objects. Because of the size of the beam, she requires more precision than the other characters and is designed for advanced players.

Fun fact: I had not originally planned for the character Scarlet. It was my daughter who designed and named her. I guess she drew Scarlet in her likeness. She then insisted that I add her as a playable character. She didn't stop there though. Beyond the character design she also makes some suggestions on the game mechanics. We've got a future game developer here! 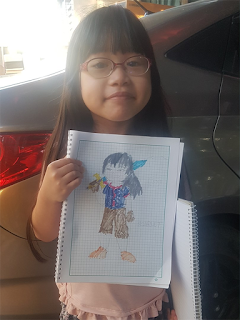 And there you have it, the main characters of the game. In the future I plan to add more playable characters for the players to enjoy. As a parting note, take a look at some character sprites: 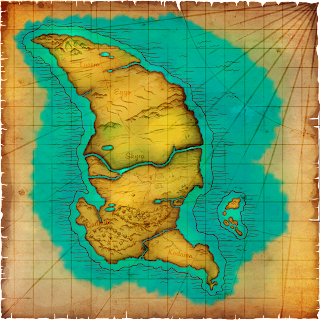